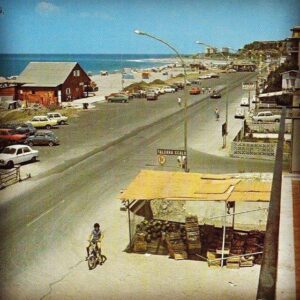 The origins of Falerna are not very old; the foundation dates back to the first half of the seventeent 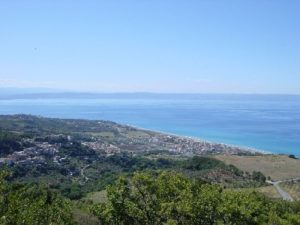 h century, when the town was built by  the d’Aquino family in the context of a more general reorganization of the feuds, affected by a profound economic and demographic crisis that had weakened the social and economic fabric of the Principality and had precipitate the population in a state of profound poverty. The new town developed at the foot of Mount Mancuso, on the lands where the Prince of Aquino had gathered some shepherds and farmers from other countries.

Ancient memories still retain the names of the first 30 families, together with their countries of origin: Motta S. Lucia, Nocera, Martirano, Savuto and one (Spinelli) also of Nicastro. The new inhabited center developed rapidly, away from the Via Popilia, the important artery wanted by the Romans and reactivated by the Normans, then fell into neglect due to lack of maintenance, later rebuilt by the Spaniards for the postal service (Castiglione represented a stopping point before reaching Pizzo) and finally became a place of transit for bandits and outlaws; and the families passed from 32 in 1648 to 57 in 1669, up to 50 years after the birth of the center to 285 inhabitants. 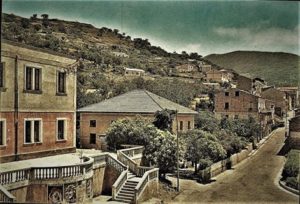 The demographic development phase took place throughout the second half of the century, and involved the entire territory of the fief, so much so that the two centers, Falerna and Castiglione, reached the end of the seventeenth centur 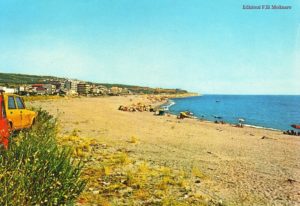 y to touch the 1500 inhabitants, against the as many of Martirano, the 2000 of Nocera and the 600 of S. Mango.The dependence on the nearby

fief of Castiglione did not last long, and when the first families already constituted a stable settlement, two miles from the sea, the town gained autonomy administrative, and in the numbering of the fires of 1648 Falerna figured alone.

Throughout the eighteenth century the town was enriched with new buildings, while Castiglione saw the population decrease from day to day; in 1797, in fact, the inhabitants of the ancient village had fallen to 366, while Falerna had reached 1040.

From the religious point of view the town of Falerna, at the time of its foundation, was followed by the priests from Nocera who celebrated mass in a small church, until the territory was endowed with its own church, and the Parish, dedicated in S. Tommaso d’Aquino as a tribute to the feudal lords, it was aggregated to the Diocese of Tropea. The church was immediately endowed with parish registers, and the first marriage was noted on June 5, 1661.

In the village the devotion to Mary was alive from the beginning. Virgin of the Rosary, and in 1749, to make the cult even more solemn, the Congregation of the Faithful of Our Lady was founded, with headquarters in what was the first sacred place of the founders of the village, while almost simultaneously establishing the Mount Frumentary in the form of Opera Pia.

The church of Falerna was thus reunited with those of Castiglione, Nocera and S. Mango in a district of about 7000 souls, in Calabria Ulterior Seconda, a Province established at the end of the administrative organization of the Kingdom operated first by the French and then by the Bourbons .

At the head of the district was Nocera, with its 2571 inhabitants, while S. Mango had 2201, Falerna 1785 and Castiglione 530.
Meanwhile, in Falerna, together with the first church in the town, dedicated today to the Madonna del Rosario, other sacred buildings had arisen: the Church of St. Thomas, which constitutes the Parish, and the Church of Providence, built at the end of the last century. 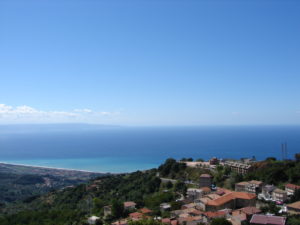 From that moment the events of Falerna began to be oriented towards the Lametina plain; and when Calabria took up arms against the Bourbons, the Falernesi and Castiglione volunteers came to give their contribution to the revolution of 1848, fighting sull’Angitola, paying the weight of the Bourbon repression that followed, and returning again to fight on the Volturno under the orders of General Garibaldi. Immediately after the plebiscite Falerna came to count about 2600 inhabitants.

Of all the religious feasts, today only a few resist; among these the recurrence of the Madonna del Rosario, which is celebrated on the first Sunday of October as part of a three-day calendar that passes through the traditional fair of crosses and ends with the procession of the Madonna.

The urban development of the seaside resort has pushed the Diocese to build a modern religious building in Falerna Scalo, and the Church was dedicated to St. Francis of Paola, protector of the people of the sea.

Also Castiglione, which after Falerna Centro and Falerna Scalo is the third largest urban area in the municipality, celebrates its main festival in August, dedicating it to S. Foca Martire. This ancient medieval village, once full of convents and other civil and military buildings, today preserves only the ruins of the castle and some churches; everything else was destroyed with its own religious traditions.

During the twentieth century the Confraternities disappeared from the religious life of Falerna, while the evangelical phenomenon, born at the end of the nineteenth century, came to count around 1950 more than 70 adepts, partly artisans and clerks.

But not even the Waldensian Church of Falerna has managed to overcome the impact with modern times, and the Gospel tradition has been lost, just as today the same building that once constituted the Temple of this further form of popular religiosity appears today.
Among the most important religious holidays we remember: that of the Patron Saint Thomas Aquinas that takes place on March 7th and September 8th; that of S. Foca which is celebrated in Castiglione for the first Sunday of August, during which an important local Fair is also set up; the Feast in honor of the Madonna del SS. Rosario, the first Sunday of October.

The feast of San Francesco in Falerna Marina on the second Sunday of August is also very heartfelt, with a solemn ceremony that also brings the saint to the sea.
The Holy Week rites are also significant because they are very popular with the people.
As for meeting moments or civil holidays, the dates are not precise, but it is certain that most of them take place during the summer in Falerna Marina, which is one of the most important seaside resorts on the Calabrian Tyrrhenian coast.