The ancient village of Castiglione Marittimo

The Normans, in 1602, gave Castiglione Marittimo a real castle. His name was “Leo Castrum”. Around the castle, peasants and fishermen built their modest houses, and soon the church was built. The town assumed dimensions as a village and finally became a city taking the name of Castel Leone which later became Castiglione. The city also gave its name to a family of nobles presumably of Norman origin, with the last descendant that was William of Castiglione who died before 1300, after which it was assigned to Adinolfo D’Acquino, and represented one of the first possessions in Calabria, after Belcastro in 1260, of the homonymous powerful family. 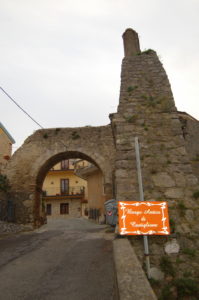 Singular is the way in which the act of concession was made public, which was in fact engraved on the door of the castle, and unfortunately lost in time but remains engraved in the memory of those who, with great detail and enthusiasm in research, he has reconstructed the story. We remember it below:
“Athenulpho Thomae Aquinatis and Amengaldae de Ceccano filio ex Comitibus Aquini Cajetae ducibus post obita praeclariora Caroli II and Roberti Regis munia Capitaneo General Castrum Regis munificentia concessum Anno Domini MCCCIII”

Charles II D’Angiò granted in fief the territory of Castiglione to Adinolfo almost as compensation for the confiscation, after the death of Manfredi, of the old land of the D’Aquino in the frusinate in favor of the crown, because his father Tommaso had fought against the Angioin 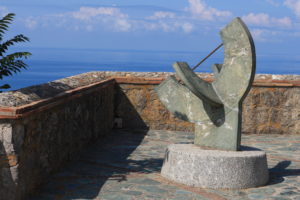 i to defend Naples from the invasion of the French.

Today Castiglione extends beyond the old castle and is a very interesting village because it is close to the sea and still placed at a height of about 150 meters above sea level and therefore high enough to enjoy coolness even in summer. The castle houses what is called an ancient village where there are a number of houses, some recently nicely renovated, and where still today you can make the circular perimeter walk, halfway through

From here a pleasantly walkable path starts, halfway to a clearing where you can enjoy a splendid view towards the sea. For more information on the history of Castiglione and Falerna, we recommend reading..